We use cookies on our website. They help us get to know you a little and how you use our website. This helps us provide a more valuable and tailored experience for you and others.

You can revoke cookies at anytime at the bottom of the page.

According to the Global Web Index, 52% of all Belgians use Facebook Messenger and 41% use WhatsApp to communicate with one another. With the current data scandal at Facebook, it is now sufficiently clear that popular apps store and share the data of the users for other purposes. As a reaction, users all over the world decided to delete their Facebook account, including comedian Jim Carrey, Elon Musk, CEO of Tesla and SpaceX and Brian Acton, co-founder of Whatsapp. Other apps such as Viber, which is used by 10% of the Belgians, store a copy of the user's full phone book.

That is in contrast to the new UseCrypt Messenger. The application encrypts the calls only when a direct connection is established between users. This means that UseCrypt’s servers do not store data and don’t collect any private information. "Facebook, WhatsApp and Viber offer their users the promise of confidentiality and they do so free of charge. But in reality these users pay the highest price of all by giving up their privacy", says Jakub Sierakowski, CTO at UseCrypt. "With UseCrypt we want to change the market and create a society that is connected by privacy. It is therefore also the only application of its kind with a function that checks whether the user’s smartphone is hacked, spied on or attacked."

Reconstruct conversations
UseCrypt Messenger encodes every second of a voice call in a fixed amount of data by means of constant-bitrate encoding (CBR). This makes it impossible to reconstruct the conversations afterwards. Competitors such as Telegram, however, use variable-bitrate coding (VBR), making it possible to decrypt most of what is said without a cryptographic key. Researchers at John Hopkins University in Baltimore did the test: By intercepting information about the size of data packets in a particular conversation using VBR, they were able to decode the conversation in 14 different languages with as much as 90% accuracy.

User-friendly and intuitive
To ensure complete privacy, UseCrypt Messenger uses some functions that free communication tools do not offer. For example, the app uses the Zimmermann Real-Time Protocol. This allows for a cryptographic key to be established in the moment at which clients are connected to each other. In this way, the server remains only an intermediary and no call can be restored.

"The user will not notice most modifications such as the Zimmerman Real-Time Protocol. The function that protects against so-called 'man-in-the-middle' attacks is on his turn very easy for the user. During the parameter comparison, the same pair of words is displayed on the screens of both people participating in the conversation. If the words are identical on both sides, the connection is safe. Despite the many layers of security, we have thus managed to keep the application user-friendly and intuitive ", says Jakub Sierakowski.

More information
More information about UseCrypt Messenger can be found at https://usecryptmessenger.com/. The application is available in Google Play and the AppStore. 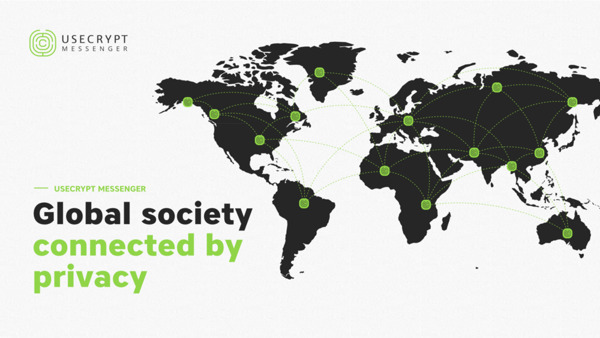 Founded in 2011, Evoke is a communication agency specialized in public relations and content marketing. We get your story told. Whether through press relations, social media, websites, newsletters or print, our consultants make sure you and your message will reach your target audience.